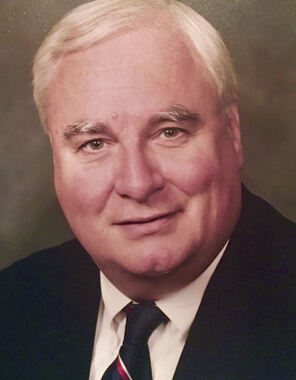 Back to William's story

William "Bill" Joseph Flannery III passed away on Sunday, January 5, 2020, with his favorite person in the world by his side-his beloved wife of nearly 30 years, Sheila. Bill was 79 when he went to be with our Lord in Heaven. Bill was born in Garden City, New York, on October 6, 1940, to William Joseph Flannery Jr. and Dorothy Schoenborn Flannery, both of Brooklyn. A true patriot, Bill served in the US Army in Vietnam from 1962 to 1963, attaining the rank of Captain in the U.S. Army Reserve before he was honorably discharged in August 1972. During his service in Vietnam Bill was inspired to pursue one of his greatest passions - the law.

Bill obtained his Bachelor of Science degree from Johns Hopkins University in Baltimore, MD, where he played lacrosse on scholarship. He attended law school at Saint John's University in New York City on a GI Bill scholarship, obtaining his Doctor of Jurisprudence in June 1968. A true lawyer's lawyer, Bill practiced commercial law in the private sector for over 46 years. He was involved for many years in the greater Dallas and Rockwall legal community, including serving as President of the Rockwall County Bar Association.

Bill's many interests included local politics with the Rockwall Republican Men's Club, and watching Johns Hopkins lacrosse and Dallas Cowboys football. His passion for travel led he and Sheila to set sail on over 30 cruises all over the globe.

Bill was a lifelong Catholic and a member of the Knights of Columbus. He was preceded in death by his parents, William and Dorothy, and his sister, Gail Haddle.

He is survived by the true love of his life, Sheila, 4 stepchildren, 11 grandchildren and 5 great-grandchildren.

A funeral mass in celebration of Bill's eternal life will be held at 11:00 a.m. on Friday, January 10, 2020, at Our Lady of the Lake Catholic Church in Rockwall.

In lieu of flowers, the family requests that memorials be made to the Wounded Warrior Project, www.woundedwarriorproject.org.
Published on January 9, 2020
To send flowers to the family of William Joseph Flannery, please visit Tribute Store.

Send flowers
in memory of William

A place to share condolences and memories.
The guestbook expires on April 08, 2020.

Be the first to share a memory or condolence.