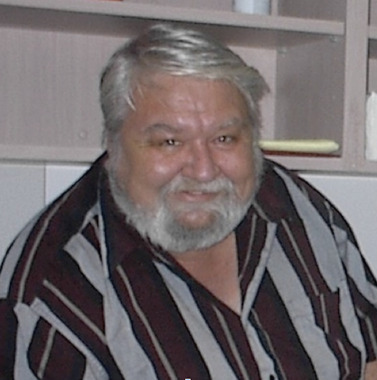 Back to Gerald's story

Gerald Hall Johnson, 76, died Dec. 24, 2019 at his home in Rockwall, TX. His memorial service will be held Saturday, Jan. 25, 2020, 2 p.m. at Soulman's Bar-B-Que in Rockwall, TX.
Gerald was born on Feb. 13, 1943, to Bert Carl Johnson and Erma Hall Johnson in Ponca City, OK, the youngest of three children. He attended Lincoln Elementary in Ponca City and graduated from Ponca City high school in May of 1961. After which he attended Oklahoma State University and graduated in 1965 with a degree in banking and finance from the college of Business.
After graduation, Gerald moved to Dallas to work for United Bankers as an accountant. At the same time, he worked part time with his brother, Delbert and his uncle, Lester Hall at Presidential Life Insurance Company and Suburban Developers. In 1969, Gerald began working full time and he retired 2004.
Upon retirement he continued to stay busy, doing such things as driving a school bus for both Rockwall and Forney school districts. He also enjoyed playing Santa at Christmas. One of his particular joys was to travel to East Texas and enjoy the property he and Linda owned there.
In his most recent years, he enjoyed watching the Dallas Cowboys and nature shows. However, he enjoyed watching his grandchildren and great children most of all.
Gerald was preceded in death by both of his parents, one sister, Dorisleen Johnson Harney, and one son, William Hall Johnson. He is survived by his wife, Linda; of the home, brother Delbert and his wife, Mauna, of Sunnyvale; daughter Jill Johnson Nuckolls and her husband, Ellis, of Stillwater, OK; their children Gerald Nuckolls and wife Jenn, of Stillwater, OK; Gaylin Nuckolls Washam and her children Bella and Zane, also of Stillwater; Cheryl Johnson and daughters, Summer and Alyssa of Garland, TX; and Scott Johnson, wife Lisa, and children Evan and Molly, of Wilmington, MA. He is also survived by many nieces and nephews and friends.
In lieu of flowers, the family asks that donations be made to: Forney Animal Rescue, PO Box 826 Forney, TX 75126.
Published on January 13, 2020
To plant a tree in memory of Gerald Hall Johnson, please visit Tribute Store.

Plant a tree in memory
of Gerald

A place to share condolences and memories.
The guestbook expires on April 12, 2020.

Sandra madden
Gerald we had a lot of fun going to movies going out to lunch going out to dinner’s going places and especially when I had time to go to Mama’s daughters diner with you and your bus driver friends on Wednesday mornings From Forney when I had time ...We shared a great friendship and I love you very much and I will take care of Linda and make sure that she gets to the grocery store or the doctor or anything she needs Thank you for your friendship your friend Sandra Sue ..
View all