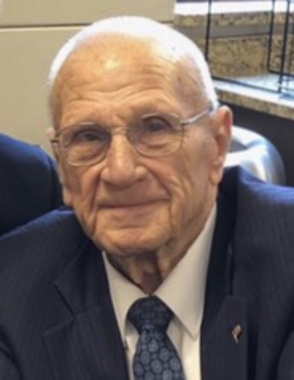 Back to George's story

George F. "Buddy" Lawhorn, 91, of Tulsa, passed away, peacefully, in the early morning hours of February 3, 2020. Born on August 6, 1928, in Rockwall, Texas, to the late William and Anniece Lawhorn, he was the youngest of 2 sons. He is preceded in death by his loving wife of 60 years, Sarijane.

While attending Southwestern University in Georgetown, TX, where he played football, he enlisted in the United States Air Force and proudly served on Okinawa during the Korean War. Upon honorable discharge, he continued his education and obtained a master's degree from the University of Texas in Austin, and ultimately received his license to practice Physical Therapy. He moved his family to Oklahoma in 1964 where he practiced in Okmulgee and Miami, before moving to Broken Arrow to head up the department at the newly constructed City of Faith Hospital in Tulsa until it closed. He finished his therapy career working in Tahlequah and serving part-time as a certified regional drug tester for athletes training for the U.S. Olympic Team.

Although he loved his job and serving others, his true love was football. He was a prominent figure in the early days of the Indian Nations Football Conference and spent many enjoyable hours coaching and watching his grandsons play. He could also be found on numerous occasions watching his grandchildren playing baseball, basketball, soccer or performing in dance recitals and school musicals. An Eagle Scout himself, he spent many years serving as a volunteer leader for the Boy Scouts, ultimately receiving the Silver Beaver award for his many years of distinguished service. He was also an avid "whittler" and a long-time member of the Eastern Oklahoma Woodcarvers Association.

Send flowers
in memory of George

A place to share condolences and memories.
The guestbook expires on August 08, 2020.

Bob Myers
Sorry to here of Buddy's passing. Was a friend of almost 75 years from Rockwall. May the Lord bless his family
Ed McCrary
So sorry to hear of Buddy's death. It hasn't been too long ago that we talked and he was interested in how Georgetown had changed. He was glad that Southwestern had started playing football again. I remember our good days of scouting together. He was an inspiration to other boys.
View all