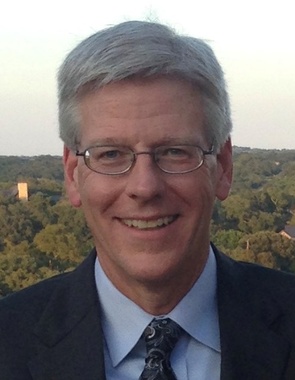 Back to Darren's story

Darren Allen Kameyer, born in Albuquerque, New Mexico on June 5, 1960, departed this life on December 16, 2019, at the age of 59. A graduate of New Mexico State University with a degree in civil engineering, Darren came to Texas to work for L3 Technologies. While working at L3, he earned his master's degree in engineering at Southern Methodist University. Darren completed his 35-year career at L3 as a manager in the Flight Sciences Organization, part of the Aeronautical Engineering Group. His professional experience and analytical mind also gave him excellent tools for his service on the Heath Planning and Zoning Commission. Darren's life was grounded by his faith in the merciful love of God through Jesus Christ. Much of his time was spent in service to the church. He served on the parish counsel and chaired the finance committee at Sacred Heart Catholic Church of Rowlett for many years. Then, during his time as a member of Our Lady of the Lake Catholic Church of Rockwall, he often participated as a lector. At the time of his death, he was a member of First Presbyterian Church of Rockwall where he served as an elder and as Moderator of the Finance Committee. Darren is survived by his wife Susan Satterwhite and the three stepchildren who made him a Dad: Elizabeth Swanson, Joseph Swanson, and wife Regan Allen, and Samuel Swanson. He also leaves behind his sister Karen Weaver and husband Terry, along with his nieces Kim Wakefield and husband Keith, Kourtney Kropp and husband Stephen, and his great-niece and nephew Harper and Hunter Kropp. When Darren married Susan he was welcomed into the Satterwhite family, so he will be missed by Sugar and Pop and all of the brothers, sisters, nieces, and nephews who have come to love him. Darren was preceded in death by his first wife Lila Anne Kameyer and his parents Sylvan Parker (Joe) and Katherine Elizabeth Kameyer. All those who knew Darren loved him for the enthusiasm and joy with which he embraced life. We will miss his kindness, humility, and laughter. Darren left this world a better place. A celebration of Darren's life was held at 3:00 pm on Thursday, December 19, 2019, at First Presbyterian Church of Rockwall, 602 White Hills Dr, Rockwall, TX, 75087.
Published on December 18, 2019
To plant a tree in memory of Darren Allen Kameyer, please visit Tribute Store.

Plant a tree in memory
of Darren

A place to share condolences and memories.
The guestbook expires on March 17, 2020.

Be the first to share a memory or condolence.