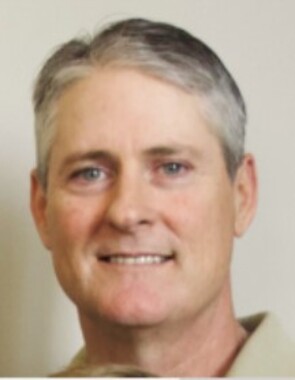 Back to Charles's story

Charles 'Chuck' Fulkerson, age 51, of Rockwall, TX, passed away on January 28, 2020. He was born February 8, 1968, in Dallas, TX, to Michael Brooks Fulkerson, Sr. and Ann Jane (Wilson) Fulkerson. Chuck was a long-time resident of Rockwall, TX and a member of First United Methodist Church of Rockwall. He graduated from Rockwall High School in 1986. He had a great love for cars and rock music, but an even greater love for his family and friends.

He is survived by his mother: Angie Fulkerson; wife: Lana Fulkerson; children: Hannah and Hayden Fulkerson; sisters: Patti Stripling and husband Charles and Mandi Sutherland and husband Jory; along with numerous aunts, uncles, cousins, nieces, nephews and friends. He was preceded in death by his father and his older brother, Mike.

A memorial service will be held at 2:00pm on Saturday, February 1, 2020, at First United Methodist Church of Rockwall, with Reverends Joe Pool, Sandy Heard, and Christina Hildebrand officiating. A reception will be held immediately after the service at the church.
Published on February 3, 2020
To send flowers to the family of Charles Fulkerson, please visit Tribute Store.

Send flowers
in memory of Charles

A place to share condolences and memories.
The guestbook expires on July 28, 2020.

Heavenly and Harmony was purchased for the family of Charles Fulkerson by Alyssa Gaertner, Tijana Neskovic, Madi Milner.  Send flowers

Karen Frazier
Lana and family, I am so sad to hear about the passing of your husband. I will be praying for you.
Tad Daniel
I heard about the passing of my long time friend and high school classmate chuck the other day. I am shocked and very sad. Such a great guy. All our love and prayers to his family. You will be greatly missed my friend. God bless...
Johnny and Patty Lutrick

Spring Has Sprung Mixed Basket was purchased for the family of Charles Fulkerson by Johnny and Patty Lutrick.  Send flowers

Lori Romage
Our thoughts and prayers. You will be missed by your Baylor SurgiCare family.
David Hull
My condolences to the family. I had the opportunity to work with Chuck at Mary Shiels Hospital. Chuck was a valued co-worker and friend.

Sweet Tranquility Basket was purchased for the family of Charles Fulkerson.  Send flowers

John Lombard
Chuck and I grew up together in Rockwall. We used to ride our motorcycles in the field next to the dam at the lake behind our houses out SH 66. We learned to play the guitar and painted a room in my barn with sky and grass to be our recording studio for our music band I wish I could remember the name (Chuck liked KISS I liked country) but we got distracted and never hit the big time. Chuck was always a kind, considerate friend and he alway thought of others first. Rest In Peace, Brother
Steve and Karen Adams

Gracious Lavender Basket was purchased for the family of Charles Fulkerson by Steve and Karen Adams.  Send flowers

Memories to Treasure was purchased for the family of Charles Fulkerson.  Send flowers